Did you catch the eclipse?  I slept through it.  Grr.
Posted by the Astro Nommer at 1:49 PM 0 comments

Honestly, I don't pay much attention to politics during primary season, and I don't really have an opinion on the various accusations being leveled against Herman Cain.  But By His Noodly Appendage, did anyone see the interview with his attorney, Lin Wood, on Piers Morgan today?  It was surreal.  If this is the guy Cain is trusting to handle his public relations, he should really just pack it in right now.  Wood personified to stereotypical out-of-his-depth slippery lawyer, right down to his "creative" use of language (he didn't seem to understand what the word "relegate" means, for instance, yet he used it two or three times).
I'll link to a YouTube clip as soon as I find one.  The entertainment value alone is worth a look.
Posted by the Astro Nommer at 7:20 PM 1 comments

BREAKING NEWS: Congress does something stupid

Now would be a good time to shut off your irony meters, lest they overload.
Dr. Phil Plait (the Bad Astronomer)  posted this screen grab on his blog.  It's from the press summary of the 2012 fiscal year Congressional budget.

And yes, I know the government isn't exactly rolling in dough right now, but as Desmog Blog points out, this request was to use money already allocated to the NOAA, and using people, offices and resources already part of the NOAA.  No new funds were requested.

A big hat tip to the Bad Astronomer

Posted by the Astro Nommer at 1:22 PM 1 comments 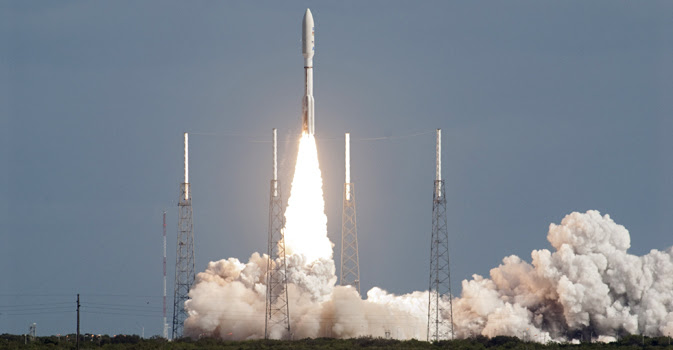 The Mars Science Laboratory mission lifted off successfully today at around 10 am EST, bound for a landing on the Red Planet planned for August of 2012.  The above link has all the details, but in a nutshell, this is a very exciting mission, technologically a leap forward compared to past Mars landers.
Some factoid highlights:
In short, this is the biggest, baddest, planetary science rockingest rover yet, and I can't wait for next August!  Bravo, NASA!

Posted by the Astro Nommer at 2:21 PM 0 comments

In honor of the en-route Mars rover...

And of course, our space kitteh of the week:

LOLs courtesy of icanhascheezburger.com, as usual.

The film is Melancholia, starring Kirsten Dunst in a role that won her Best Actress at Cannes 2011. You should see it. Technically, it's about the end of the world, courtesy rogue planet.


There. With that out of the way, I can try to go into detail. I recently tried to explain to several friends why they should see this film, but the more I talked, the less I made sense. Nonetheless, here's my decidedly amateur review. If you want to take this time to go take a bathroom break or get a snack, I won't blame you. 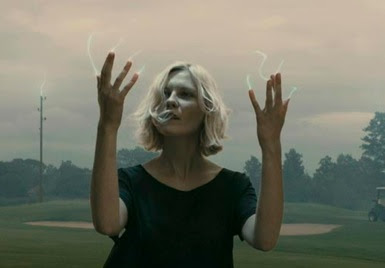 Basically, Kirsten Dunst plays Justine, a newly married woman who suffers from attacks of acute depression. The setting is the wedding reception at a very swanky private country club slash castle-esqe villa, owned by Justine's sister's (Claire) husband. No expense has been spared. Everything would seem to be perfect, except Justine. As she struggles to pretend to enjoy herself, she's overcome with feelings of desperation, doom, fear and depression, and her family and her brother-in-law berate her for being unable to enjoy the expensive festivities.  She repeatedly retreats from the festivities and drags herself (or is dragged) back.  Things take a turn for the worse when she publicly tells off her scumbag boss (who also happens to be her new husband's father). At this point, she begins to collapse completely.

Meanwhile, it's revealed that a rogue planet, dubbed Melancholia, is passing through the solar system. Astronomers claim that it will pass close to the Earth, but not collide. The remainder of the film takes place here, as Claire tries to pull Justine out of her catastrophic (and at first catatonic) depression, Claire's young son excitedly prepares for the arrival of Melancholia, Claire's husband keeps more or less to himself, and Claire worries that the astronomers may be wrong. As Melancholia approaches, Justine somehow emerges from her own melancholia, even as Claire descends into terror and hopelessness. At first, Melancholia does appear to miss Earth, but relief is short-lived. Claire's worst fears are realized, as the characters prepare for the inevitable end. Before you get pissed at me for spoiling the ending, here's the synopsis on Wikipedia. As a matter of fact, the destruction of Earth is illustrated in the opening credits (spoiler warning!) And that's because, in a way, this really isn't a disaster movie at all (which is the main reason you won't see me launching into a geeky dissection of the believability of the physics in the film.)

Notably, unlike any disaster film you've ever seen, there are no far-flung groups of protagonists, no shots of locales around the world preparing for the event, indeed, nothing at all outside the boundaries of Justine's brother-in-law's villa. And in a way, that's what makes the drama really shine. The actors don't have to compete with burning cities or panicked multitudes in the midst of a societal collapse. They are the only things seen breaking down, their various human frailties highlighted in aching detail. And ultimately, that's the meat of the film. The thing that strikes me most (hah) about Melancholia is that it really isn't about the story at all, it's about, well, melancholia. Every part of the film illustrates a different aspect of depression, with metaphors popping out like plastic rodents in a whack-a-mole game. The clueless and thoughtless comments of the family and wedding guests, the crushing weight of the titular planet, Justine's knowing hopelessness, Claire's descent to panic, even the cloud-painted sky and dark forest surrounding the location, all serve to paint a vivid and multifaceted portrait of depression.

In a sense, the plot of Melancholia is irrelevant. It's a thing, not a process. If you asked a sculptor to sculpt "brooding contemplation," you might get The Thinker. If you asked a painter to paint "the horror of war," the result might be Guernica. And when a director illustrates depression on film, the result is Melancholia.  Whether or not that's something you want to see, well, that's up to you.  Personally, I loved it (but then, I always was the melancholy sort).
Posted by the Astro Nommer at 12:01 PM 0 comments

Three cosmonauts, one American and two Russion, launched into a snowstorm yesterday, bound for the ISS. The same mission will return three crew members from the ISS to Earth. The launch is significant, as it's the the first crewed Soyuz mission since a Soyuz cargo vehicle crashed in August. There was some concern about the cause of the fault, specifically whether it was a manufacturing defect that may affect other launch stacks.
'Nother words, great news! Via Space.com
Posted by the Astro Nommer at 12:04 PM 0 comments

Deez has a flavor